Ole Gunnar Solskjaer says there is no chance his players can think they have “cracked it” if Manchester United go top of the Premier League with a positive result against Burnley on Tuesday.

After a truncated pre-season and poor start to the campaign, the Red Devils head to Turf Moor level on 33 points with reigning champions Liverpool.

A draw or a win would lift them above their bitter rivals ahead of Sunday’s mouthwatering trip to Anfield.

United have not mounted a sustained Premier League title challenge since Alex Ferguson stepped down in 2013 but Solskjaer is not in the mood for title talk.

“We have to be aggressive,” said the Norwegian, who was part of six Premier League-winning sides during his time as a player at Old Trafford.

“We have to go into every game humble, work hard, don’t even think for one second that you’ve cracked it if you are near the top because that’s not the type of players we have.”

The trip to Burnley will finally see United play the game in hand that has been hanging over them all season after their opener was pushed back to give them time to recover from August’s Europa League finals. 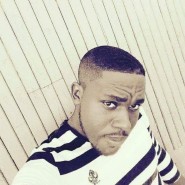